IDEAR was awarded with the ExportAr prize

"In a ceremony held at the Palacio San Martin, the 2015 Export Awards, which distinguish Argentine companies and institutions that... 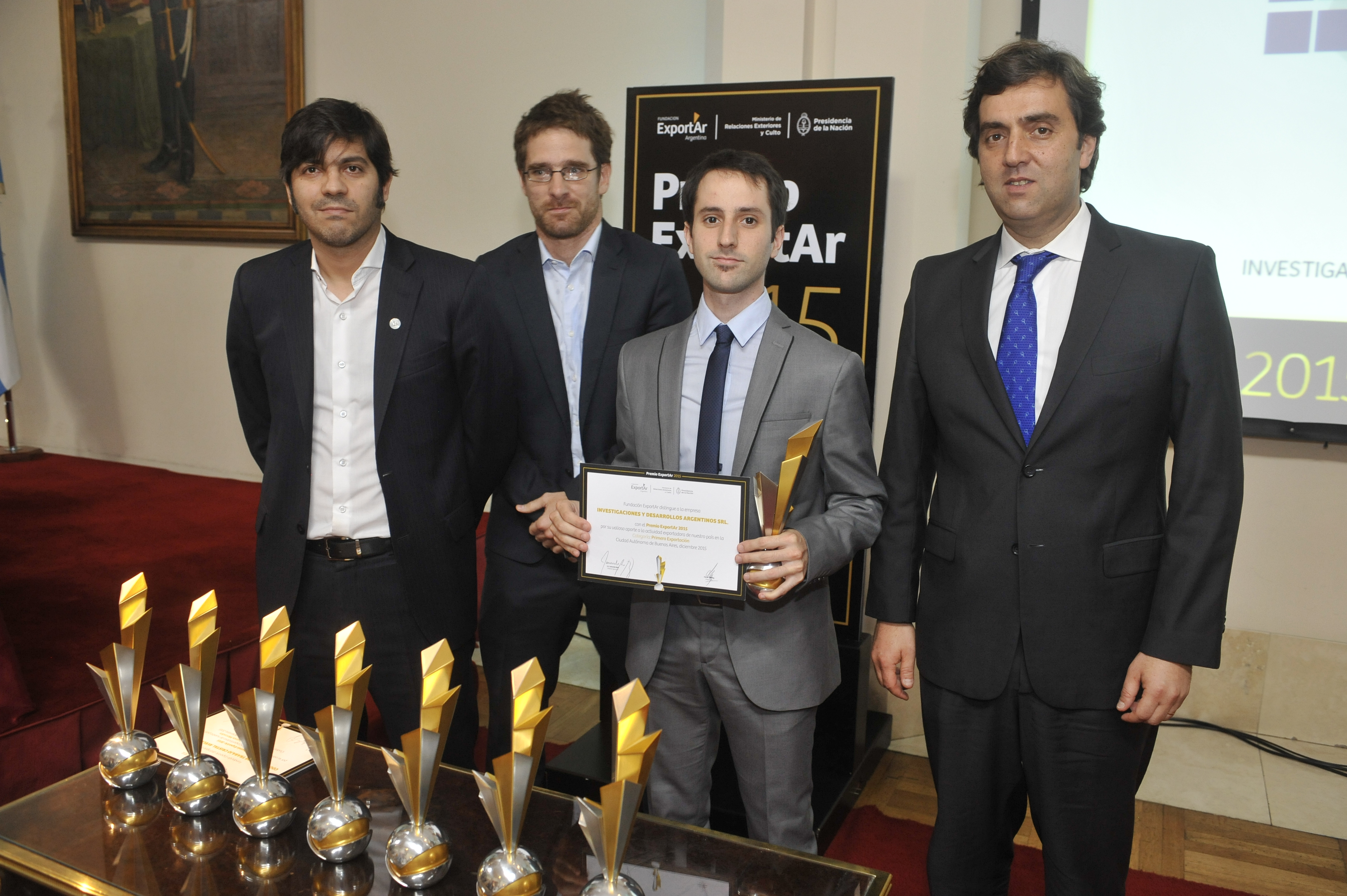 “In a ceremony held at the Palacio San Martin, the 2015 Export Awards, which distinguish Argentine companies and institutions that have made this year a significant contribution to the export activity they were given.
Yesterday, Thursday, December 3, at a ceremony held in the Hall Libertador Palacio San Martin of Argentina Foreign Ministry, was held the 20th edition of the Export Awards, award given in recognition of the work of those companies and Argentine banks that stood out for their performance in the field of foreign trade. In its 2015 edition, eight firms and entities that managed to stand out for its export performance during the year was distinguished.

The awards to the winning companies were presented by the Minister of International Economic Relations, Ambassador Carlos Bianco; Undersecretary for Investment Development and Trade Promotion, Ambassador Augustine Wydler; and the Executive Director of the Foundation Export, Lic. Leonardo Boto.

In this regard, the Export Awards, awarded annually by the Export Foundation and the Foreign Ministry, represent a stimulus for companies by their activity promote the realization of the strategic objective of increasing exports of Argentina.”